The Indigenous University holds a vision for a future founded on ecological concepts of mind, knowledge, cognition and the inherent intelligence of life. Knowledge is viewed as embedded in the environment and knowing something means becoming part of this field of meaningful relations. This field of relations is what indigenous people in Andean Amazonia call territory, it is intimately connected to knowledge, wisdom, perceiving and caring. In this regard, it is a real territorial university, collectively processing the ever-changing interactions between the different entities involved in meaning and world-making. 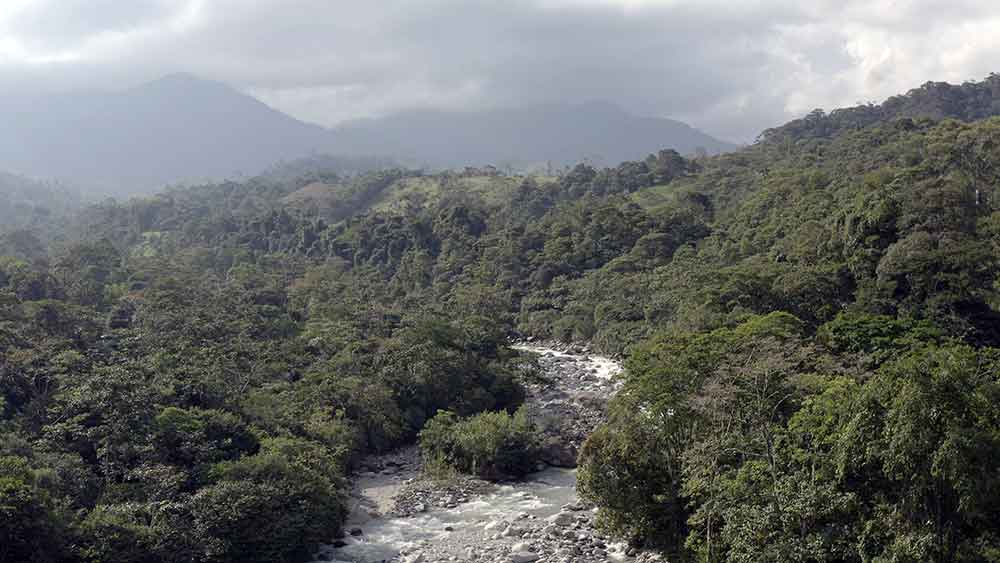 This form of ecological thinking is a practice that encounters the other as mind. It may seem at odds with the pursuits of modern science in quest for universal laws. A fundamental problem this University wants to address is the objectifying practice of science. In the modern scientific paradigm one knows something when one is able to see it from the outside, that is, when the world is objectified and no intentions are attributed to the object of study (e.g. plants, animals, complex tropical ecologies). In contrast, for traditional medicine people (sabedores) in Amazonia, to know something well is to be able to attribute intentionality and thus turning it into a subject where we can have a conversation between persons. The university will be a space for reckoning with plants, animals, rivers and other beings as persons of knowledge, a space for practicing the subjectifying view of indigenous science. It proposes the co-creation of a teaching and research experience and place that actively integrates a living cognitive territory into any educational agenda. 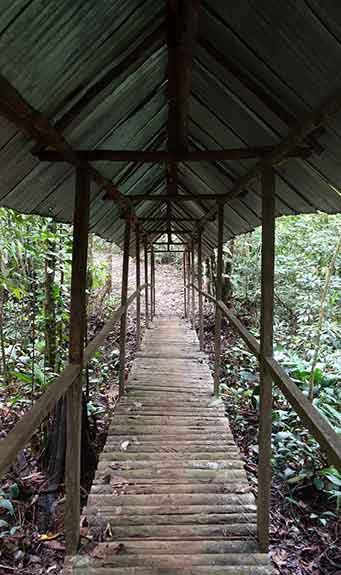 This will be a radical departure from traditional Universities, but we recognize that there are also links between Western and Indigenous knowledge traditions that have gone unnoticed, undoubtedly because of the fragmentation and coloniality of western knowledge but also due to enduring misinterpretations and misappropriations of indigenous conceptual practices. Many phenomena, which in the past would have been considered supernatural, of the realm of shamanism or cultural belief, now lie within the fences of science. And the overlapping areas are steadily increasing.

To open a contemporary pluri-epistemic dialogue, we align with innovative approaches in scientific fields such as ethnobotany, the anthropology of science, Earth law and the rights of nature, environmental sciences and philosophies engaging with the life of forests and plants, all of which put forward ideas that are compatible with Amazonian cosmologies. The university aims to bridge indigenous and western knowledge systems with equal recognition granted to academic and indigenous researchers. It considers the different cultural-linguistic contexts within which knowledge is generated, different terminologies and forms of expressing and keeping knowledge, and, importantly, how knowledge creation relates to ethical questions. Oriented toward resilience for future generations, indigenous knowledge systems express an ethical guidance for interaction within the community, with neighbouring societies, and nonhuman beings with whom they are in a reciprocal relationship and maintain interspecies agreements. Guardianship is one of these guiding ethical principles. Wuasikamas, the label of the Inga, means Guardians of the Earth.

The resurgence of indigenous cognitive systems and place-based practices, and their activation through education projects, is also a powerful strategy to tackle the present eco-crisis. Connecting generations, they serve both as living archives for the future, as well as present guidance for territorial planning. The master plan for the Indigenous University reserve, for instance, is deeply informed by the indigenous territorial coordinators and local sabedores or traditional medics in their cooperation with the architects and the planners at the municipality. This opens new ways of thinking outside colonial State practices.

The Indigenous-led initiative emerges from a history of violent encroachments upon the Indigenous ways of life and territories in Amazonia, a trend that in the Colombian context continues today through colonial expropriation of lands, constant violation of rights, rampant deforestation, drug traffic, and social and armed conflicts. Fifteen years ago, the Inga people embarked on a remarkable path of self-determination to strengthen their indigenous identities and practices and reweave their ancestral way of life based on a philosophy of Good Living – Sumak Kawsay – in deep connection with the Earth and all its beings and life forms. 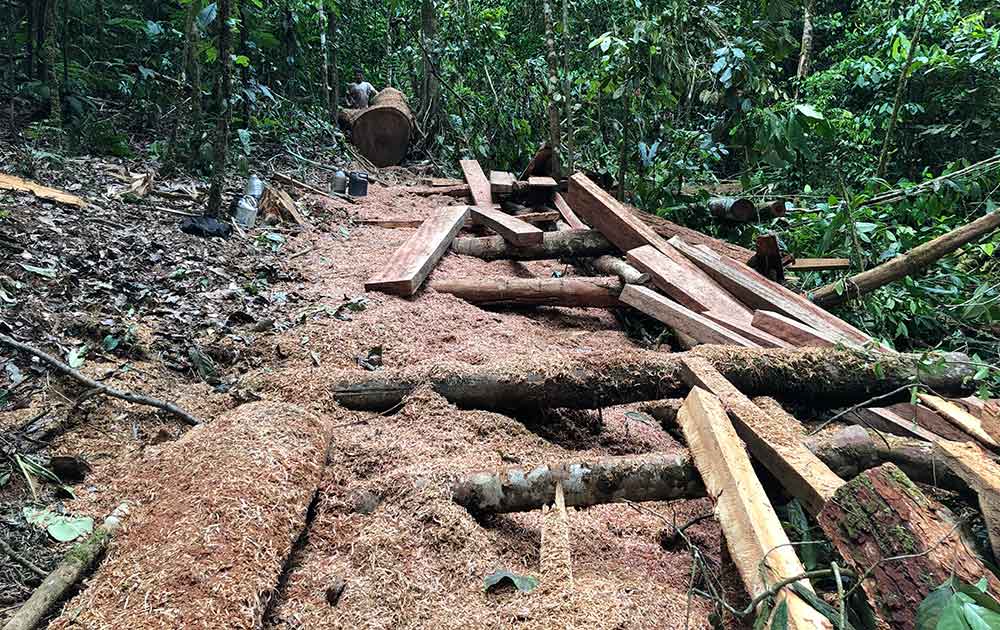 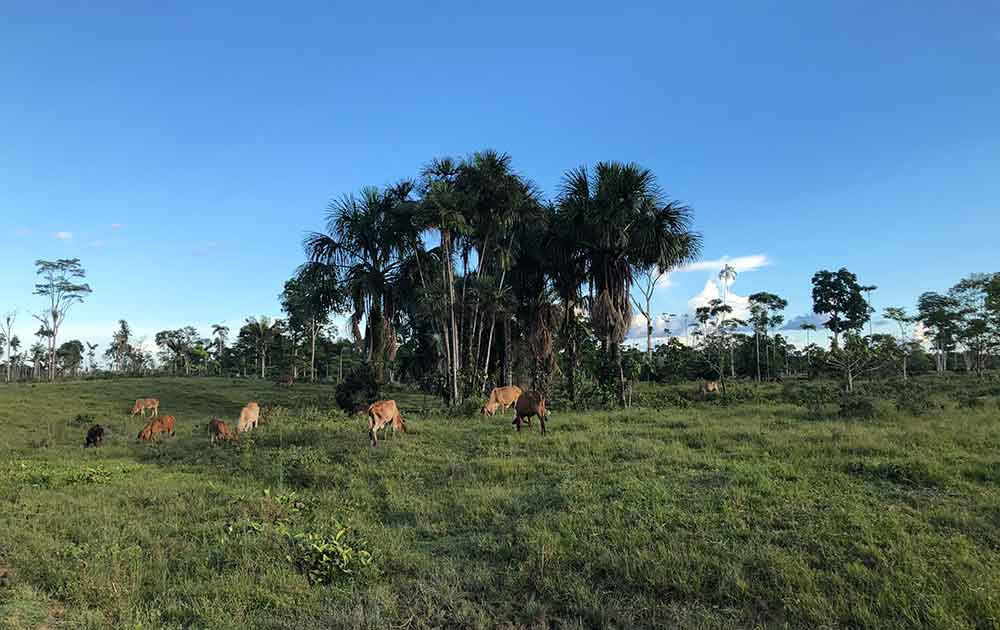 Replacing the rainforest with cattle pastures

In 2017 Inga authorities established the mandate to create an indigenous university. They undertook an ATUN IACHAI ÑAMBI or great path of knowledge to conceptualize, design, and build an indigenous university for biocultural and pluriepistemic knowledge., a university privileging Indigenous ontology that helps bring forth, articulate and elaborate these ontologies through a variety of learning situations.

In the context of the development of their Safeguard Plan, a Pedagogic Team was formed with the participation of delegates of the eight zones of the Inga territory to continue the research in indigenous and intercultural education. Together they established the Ethno-educational Project of the Inga People, designed to guide the education at high school level. As a result of the struggles and organizational efforts, there are primary schools and six high schools in Inga communities, adjusted to the needs of each territory. Hence, the path of knowledge undertaken toward the formation of the University is perfectly meshed with these community processes. The University project benefits from the great work that went into creating and implementing these guidelines and methodologies over the last 10 years. The next step is to bring these principles and knowledges onto the level of higher education, to broaden the scope of learning, and establish viable relations with other institutions of higher education in Colombia and overseas. The aim is to partner in the successful transition to University-level education.

Highlighting the great significance of these knowledge systems for governance, the university holds the principles of indigenous territory, autonomy, jurisdiction, and cosmology as part of a strategy to guarantee their physical and cultural continuance. Under enduring epistemological and territorial hostilities, it is crucial to keep reaffirming the inseparable connection between territory and thought and not let this unity get compromised by foreign frameworks of how land should be organized and managed. Thinking, learning and communicating with and through the land is a constant source for indigenous identity, agency and indeed existence.

Hernando Chindoy, leader of the Inga people answering three questions on the University

The regional political dynamics and noticeable climate destabilization are further reasons for why it is also vital to have access to the most reliable and trustworthy sources of knowledge available for thinking about future scenarios for the permanence of indigenous communities in these territories. Hence knowledge sovereignty, relying primarily on the use and transmission of knowledge within the indigenous community, is a priority for long-term planning projects such as the university. How modern science can contribute to this endeavour, or conversely, how indigenous experts can guide scientific studies done in research cooperations (Collective Weaving), are the subject of continuous negotiations under careful consideration of copyright concerns.

To achieve this vision, and as a result of the initiating Mocoa Meetings in 2019, the Inga Territorial Entity AWAI, Devenir Universidad (Organism), Universities and other institutions formed an organic alliance to orchestrate collaborative research and institution-building to foster a supportive ecocentric approach that is committed to: 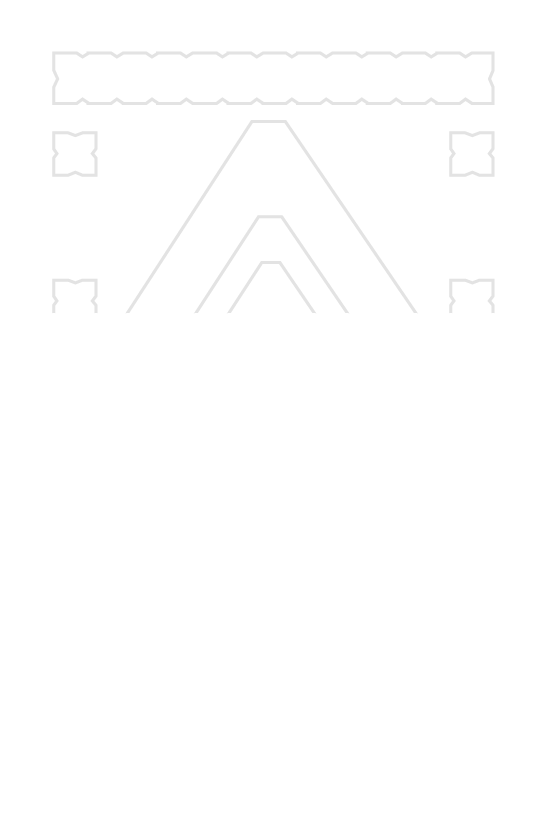